Curtailing the ability of the High Court of Justice to strike down Knesset legislation would do damage to Israel’s just claim to be the only democracy in the Middle East,” Chief Justice Esther Hayut warned Sunday.

Addressing a pre-Independence Day gathering at Tel Aviv University, Hayut said that while Israel rightly takes pride in being the region’s only democracy, “we must remember that one of the fundamental guarantees (of that standing) is the protection of an independent, professional judiciary with the ability to conduct judicial review, which protects the fundamental constitutional principles of this system of government.”

Hayut’s appearance in Tel Aviv coincided with a brewing coalition crisis over the Knesset’s ability to bypass Court rulings. At issue are three coalition proposals to curb the ability of the High Court of Justice to overturn laws. One proposal, supported by Prime Minister Benjamin Netanyahu and Tourism Minister Yariv Levin, is modeled on British law, under which parliament is not bound by law to obey Court advice to re-legislate problematic measures.

In contrast, the Bayit Yehudi (Jewish Home) party, led by Education Minister Naftali Bennett, favors passage of a full-blown Legislative Override provision that would give the Knesset the ability to re-legislate bills that the Court has struck down.

Last, Finance Minister Moshe Kahlon’s Kulanu faction wants a one-off measure that would apply only to the issue of deporting illegal immigrants.

Coalition faction heads met Sunday morning to discuss the proposals, but failed to achieve agreement. “I just met with the leaders of our coalition parties and with the attorney general and his staff on the question of proper relations between the legislative and judicial branches of government,” Netanyahu said, noting that the issue has been discussed for more than 10 years but never resolved.

“There will be more meetings on this topic this week … We hope to reach a balanced, correct solution in order to address the challenges of the present and the future. These deliberations are very important, very serious, and we are treating them as such,” Netanyahu added.

Despite the premier’s commitment to resolving the issue, other members of the coalition – including ministers from Netanyahu’s own Likud faction – said failure to achieve consensus inside the government over this issue could well lead to early elections.

“If anything is worth calling (early) elections over … it is this,” Public Security Minister Gilad Erdan wrote on Twitter, to which the Kulanu Party chairman responded that the Likud Party would not win more than 25 seats if new elections to be called.

In an effort to resolve the issue, Attorney General Avichai Mandelblit reportedly advanced a proposal requiring a special majority for the High Court of Justice to strike down legislation (six out of nine justices), and a special Knesset majority to re-pass the aforementioned legislation (70 out of 120 Knesset members) as well. 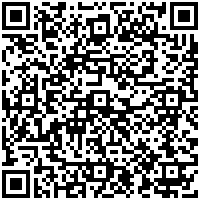