Zeid was claimed recently off waivers from the Houston Astros.


In Motown, Zeid will be reunited with Ausmus, who managed the Tigers to the American League Central Division title in his first season at the helm. Zeid was a member of the Israeli team skippered by Ausmus that fell short in its bid for the 2012 World Baseball Classic.

Zeid is coming off a difficult sophomore season with the Astros – a 6.97 earned run average and six home runs allowed in 20 2/3 innings.

The righty reliever said he was pleased to receive calls welcoming him to the Tigers from Ausmus, general manager Dave Dombrowski and vice president Al Avila.

“It’s another opportunity to make another ball club and to have a successful career elsewhere,” said Zeid, who will be reunited in Detroit with former Vanderbilt University teammate David Price, a starting pitcher. “I couldn’t be more excited than to go to a team with a rich playoff history, recent and historically.”

Zeid isn’t the only Jewish major leaguer to change teams of late – even before the winter meetings in San Diego on Dec. 7.

Josh Satin, an infielder for the New York Mets and Zeid’s teammate on Team Israel, signed a minor league contract with the Cincinnati Reds. And the Pittsburgh Pirates dealt Ike Davis, who started last season with the Mets before being traded, to the Oakland Athletics.

Jews are making news in the front office, too.

Former outfielder Gabe Kapler, a coach for Israel’s WBC team, was named director of player development earlier in November for the Los Angeles Dodgers. Kapler had been working as a baseball analyst on television as well as a consultant to the Tampa Bay Rays.

For Zeid, it’s shaping up to be a busy off-season in other ways, too. His wife Stephanie is about to deliver the couple’s first child, a son.

Meanwhile, could the Tigers be bringing in another Team Israel alumnus for 2015? Outfielder Ben Guez played last season with Detroit’s AAA team in Toledo and will be shooting for the big club this spring.

Said Zeid, “I’m sure Hank Greenberg would be proud.” 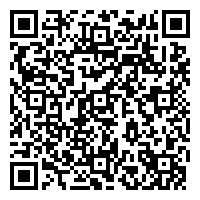