Alongside the efforts to discover and destroy the Hamas terror tunnels leading into Israel, the IDF has been following the terrorist organization’s efforts to improve its ability to attack Israel using commando divers, Army Radio reported Sunday. According to the report, during the 2014 Gaza conflict, Hamas underwater special forces managed to reach Israeli shore at Zikim beach, between Ashkelon and the northern Gaza Strip, and engaged IDF forces in a battle.

916 Navy Squadron Commander Lieutenant Colonel Liav Silverman, told Army Radio about the “blue tunnel” threat, as those attempts to enter Israel from the sea are referred to. “The blue tunnel, this ‘underwater tunnel,’ is extremely challenging defensively,” he said. “Any attempt by the enemy to develop the capacity for diving and sailing, is challenging above and under water.”

Following Operation Protective Edge and the terrorist encroachment at Zikim Beach, the IDF has invested in strengthening the communication and cooperation between the Navy and the Infantry Gaza Division. Deputy Commander of the Northern Brigade, Lieutenant Colonel Asaf Hamami told Army Radio, “We want civilians to be able to come here. We don’t want to disturb the civilians, as far as we’re concerned they should continue with their lives. When we see tourists and swimmers here, in Banana Beach, it means I fulfilled my mission. We’re not influenced by fear, we will know how to protect them, our forces are in the area.”

Hamami says you can see the Hamas seals training, and the size of the unit has increased significantly since the summer of 2014. “We see them in training, their entire range of training, including diving and shooting.”

Both officers believe in the military’s ability to come up with a technological response to the challenge from the sea. The IDF has developed a system called AquaShield™, comprised of numerous sensor systems on the bottom of the sea across the water border with Gaza. Silverman expects these systems to provide a reliable alert “as soon as the enemy dives down and even earlier, when it is just getting organized to go diving.” He notes that this includes “an enormous investment in weapons on our vessels, which enable me to reach and deal with any situation involving divers or swimmers.”

In September 2014, DSIT Solutions, a subsidiary of Acorn Energy, announced today that “a leading Mediterranean navy” has placed an order for its AquaShield™ Diver Detection Sonar (DDS) system, which guards the underwater perimeter of strategic coastal assets. 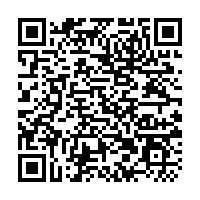