The opening of a music club and disco in a 19th century Jewish learning center in Krakow is sparking controversy.

The club, called Mezcal, which is also a Mexican alcoholic beverage, opened Saturday night in the former Chewra Thilim Beit Midrash in the heart of Krakow’s Jewish district, Kazimierz.


The rundown building, built in 1896, was restituted more than a decade ago to the local Jewish religious community, which has rented it out to the club’s proprietor. The building had been empty and unmaintained for years, although valuable wall paintings were discovered there in 2008.

Mezcal occupies two floors of the building, with a bar installed in the former sanctuary. Photos from the opening event showed milling party-goers and rows of bottles lined up in front of the frescoes.

An article last week in the Gazeta Wyborcza newspaper drew attention to the transformation, saying Mezcal will feature hard rock music, all-night “cool dance parties with DJs and aggressive, even metal concerts.” The newspaper ran a series of pictures showing workers installing the bar and other fittings.

The news sparked outrage, with a Facebook page set up to protest the club and comments to Gazeta calling it a “scandal.”

On Friday, British Jewish scholar Jonathan Webber, who teaches at Krakow’s Jagiellonian University, wrote an open letter to the leadership of the Krakow Jewish religious community, Poland’s chief rabbi, the Jewish media and others expressing “horror” at the situation.

“I am shocked that such a decision could have been made by those responsible for the Krakow Jewish community and for its historical and cultural heritage,” he wrote. “This is a deeply disturbing abuse of our heritage.”

Webber added, “How can we ask the Polish government and the Polish people to respect our heritage if we do not do so ourselves?”

Mezcal’s owners and the Jewish community leadership rejected the criticism.

One of Mezcal’s owners told Gazeta Wyborcza that all of their activities had been “conducted under the strict control of the conservator” and that “no monuments have suffered and will not suffer.”

Taduesz Jakubowicz, the president of the Jewish religious community, justified renting the building to the club. He told Gazeta that the community could not afford to maintain the building and had had no luck in finding other tenants.

“The owners of Mezcal are serious people and we believe that they will take care of the place properly,” he said. “If some problems would arise, we will just end our cooperation.” 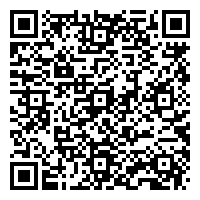