The Church of Scotland has called last week’s publication of a Church and Society Council report that denies Israel’s right to exist a “misunderstanding” and now says the Jewish state can remain as part of the world.

The Jewish communities of Scotland were shocked by the report, and the local Council of Christians and Jews helped arrange a meeting between officials of the Church and the Jewish community.


A statement after the meeting explained that the Church has not changed its “long held position of the rights of Israel to exist.”

The statement added that the Church of Scotland is concerned over what it calls injustices of Palestinian Authority Arabs that “should not be misunderstood as questioning the right of the State of Israel to exist”.

The 10-page report published last week was entitled “The Inheritance of Abraham” and rejected “claims that scripture offers any peoples a privileged claim for possession of a particular territory.”

It also suggested that some Jews believe they have a right to the land of Israel “as compensation for the suffering of the Holocaust.” 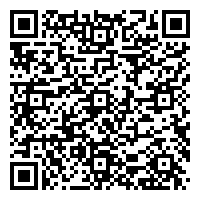