Knesset Speaker Ze’ev Elkin declared Tuesday morning that Israel should not release the bodies of the Hamas terrorists who murdered three Israeli teens in Gush Etzion on June 12.

Marwan Kawasme (left) and Amar Abu Aisha, both residents of Hebron, were killed late Monday night (Sept. 22, 2014) in an exchange of gunfire.

IDF troops were attempting to arrest the pair when they opened fire at the soldiers. The two had been charged in absentia with the murder.

Elkin said the two bodies should not be released to Hamas or to their families until the bodies of the two IDF soldiers currently being held by Hamas in Gaza are returned to their families.

“The lethal abduction and murder attack prompted Operation Brother’s Keeper, during which security forces located the bodies of the victims and succeeded in striking and severely impairing the Hamas terrorist organization in the region, said IDF Spokesperson Lt. Col. Peter Lerner.

“We were determined in bringing the ruthless murderers of Gilad (Sha’ar), Eyal (Yifrach) and Naftali (Frenkel) to justice. The efforts have been continuous and extensive. Today’s successful mission brings the long-term search to an end, and the perpetrators of the crime no longer pose a threat to Israeli civilians.” 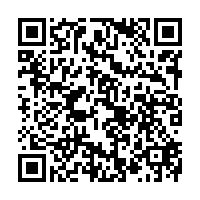