The Central District Court has postponed the starting date for the trial of three defendants accused of perpetrating the Arson killing in the Village of Duma in Judea and Samaria July 31, 2015, and canceled five evidentiary hearings scheduled for September, the first of which was to begin Sunday, Makor Rishon reported Friday. The court will convene on Sept. 26 to set new dates for the canceled sessions.

The reason for the postponement was the resignation of attorneys Yoram Sheftel and Yitzhak Bam who represent the key defendant, Amiram Ben Oliel. The two attorneys resigned after they had discovered they could not conduct face to face meetings in the same room with their client, and would be restricted to meeting through a glass partition. They were also forbidden to conduct phone conversations with their client.


“They presented us with impossible conditions they don’t impose on any other defendant,” attorney Sheftel told Makor Rishon. “It’s all done with full backup from the prosecution and the court, who refuse to instruct the Prisons Authority to permit us to meet with our client the way all attorneys are allowed to meet with their clients. The court in effect prevents Ben Oliel from receiving the representation he wants and needs, making him face a fait accompli.

Following the resignation of Ben Oliel’s team, the court appointed him a public defender, but he announced that he refuses to cooperate with them and with the court procedures unless he gets his old team back.

Attorney Bam said Shabak is trying to “hide the torture they used against the defendant to squeeze a confession out of him, by sabotaging his defense, to make sure their crimes aren’t exposed in court.”

The prosecution issued a s statement saying Ben Oliel is a terror suspect, and as such his meetings with his attorneys must be conducted through a partition. 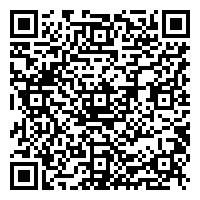