A seismic shift has taken place in the Middle East. The United States has been relegated to the sidelines, along with the other onlookers.

Egypt, under the leadership of General, and now President, Abdel Fattah el-Sisi, joined together with the United Arab Emirates, and has twice struck at Islamist militants in Libya during the past week.


Ahmed Haidya, a spokesperson for Fajr Libya (Libyan Dawn), said that airstrikes which hit military bases in Tripoli on Friday, Aug. 22, were orchestrated by Egypt and the UAE. A dozen Libyan militants were killed in those airstrikes.

Responsibility for the airstrikes was confirmed by “four senior American officials,” as reported by the New York Times on Monday.

In its report, the Times quotes American officials as having “acting without informing Washington or seeking its consent.”

Administration officials were allegedly fuming. They consider the military move to be a destabilizing force, one which may interfere with its own diplomatic efforts to calm what looks to be the next hot spot in the region, following Syria and Iraq.

Libyan Dawn has support from a terrorist group which even the  U.S. despises, Ansar al-Sharia. This is the group believed to be responsible for the murder of the U.S. ambassador to Libya, Chris Stevens, and three others in Benghazi, in 2012.

The newly emergent triumvirate of Egypt, UAE and Saudi Arabia forms one side of the divide, with Islamist extremist groups such as the Muslim Brotherhood, which are supported by Turkey and Qatar.

The United States  used to be the acknowledged super power with control over the region. The U.S. has open relations with all the players, but its dithering, especially with respect to the three-year civil war in Syria which has claimed nearly 200,000 lives, has led others in the region to take more decisive roles. 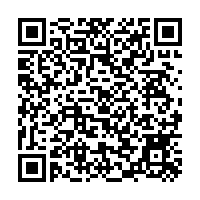