Security officials have decided enough is enough: four terror attacks on the Jerusalem Light Rail in 12 hours has ended the route through the capital’s northern neighborhood of Shuafat, at least for now.

Jerusalem Arab terrorists hurled firebombs and rocks at the Jerusalem Light Rail in two separate attacks in less than an hour on Monday night as the train passed through the capital’s Arab neighborhood of Shuafat. Two other attacks occurred earlier in the day.


Passengers instinctively ducked, and mothers with babies threw themselves down on to the floor of the train, some of them bursting into tears, according to witnesses quoted by the Hebrew-language 0404 website.

Miraculously, no one on the train was physically injured, although passengers were traumatized and the train itself was damaged in each of the attacks.

One of the passengers in the second attack of the day told 0404, “Suddenly the train was hit by two flaming firebombs… there was great panic and mothers laid down with their babies on the floor of the train. It is absolutely surreal, what we are going through here. Just unbelievable.”

The website noted that three masked Arab terrorists  hurled rocks at another Light Rail train during the first attack of the day.

Depending on size, the CityPass firm that runs the Light Rail must pay NIS 3,000 to NIS 5,000 to replace each window smashed by terrorists hurling rocks and firebombs at the train. Insurance does not cover the cost of replacing equipment damaged in terrorist attacks.

Arab rioters in Shuafat completely destroyed the infrastructure three Jerusalem Light Rail stations in the area at the start of Operation Protective Edge, preventing the train from passing through the neighborhood for a number of days. As it did then, the line will operate — at least temporarily — between Mount Herzl and Ammunition Hill, with the route ending at Ammunition Hill.

The northern Jerusalem neighborhoods of Shuafat, Beit Hanina, Pisgat Ze’ev and Neve Yaakov will thus be deprived of service due to Arab terrorism in Shuafat.  Jews live in at least two of the four neighborhoods, with a Jewish section recently having started in a third neighborhood as well. 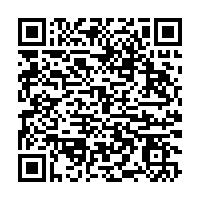