An Egyptian player for a Swiss soccer team agreed to travel to Israel for a qualifying match after first refusing for political reasons.

Mohamed Salah joined the Football Club Basel for its UEFA Champions League qualifying game against Maccabi Tel Aviv on Tuesday evening. Salah, 21, reportedly changed his mind after meeting with team officials. He has been under pressure from his fellow countrymen to boycott the match.


“I will fly to Israel,” he said in a statement. “Football is more important than politics and it is my job.

“In my thoughts I am going to play in Palestine and not Israel, and I am also going to score and win there. The Zionist flag won’t be shown in the Champions League.”

In the first match between the two teams, which Basel won 1-0, Salah avoided shaking hands with members of the Israeli team, which includes Israeli-Arabs. 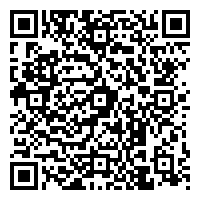