Egypt’s President Abdel Fattah El-Sisi has set a three-month deadline for the nation’s security force to restore “security and stability” to the terror-ridden northern Sinai Peninsula following last Friday’s attack, the worst in the country’s history.

At least 305 people were killed and 128 injured during the massacre that took place at the Al-Rawdah Mosque in Bir Al-Abd city, the capital of Bir al-Abd Markaz, on the international coastal road on the shores of Lake Bardawil in the Sinai Peninsula, known as the birthplace of the founder of Sufism Abdul Qadir Gilani.


In a speech broadcast on national television to mark the birthday of the founder of Islam, Prophet Muhammad, the Egyptian leader called for “brute force” in the escalation against the terrorists.

It’s not clear what will happen if the Egyptian military does not succeed in getting the region under control within the three-month deadline. 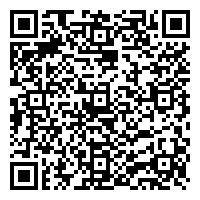