Major Ragaai was attacked by heavy shooting from anonymous militants in front of his residence in Al-Obour City near Cairo, according to army sources.


Ragaai’s wife, Samia Zein Al-Abdeen, a defense correspondent for the state-owned daily Al-Gomouria, told her newspaper she hurried outside when she heard a burst of gunfire from a private vehicle as it sped down their suburban street.

The group Lewaa Al-Thawra, affiliated with the Muslim Brotherhood, is blamed for the attack. Ragaai’s death is the first political assassination of a military figure since the ousting of Mohamed Morsi from office in 2013.

Over the past three years, the Egyptian military has destroyed more than one thousand smuggling tunnels connecting the Gaza strip with the Sinai peninsula. The tunnels serve both for cross-border commerce and arms smuggling for Hamas.

According to The Medialine, Ragaai oversaw a massive operation to dig a canal parallel to the Rafah border, flooding the frontier with sea water which seeps into the tunnels, preventing their use. Hamas officials in the town of Rafah have complained that Gaza’s limited fresh water aquifer is being rendered undrinkable as a result. 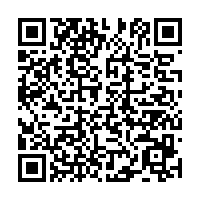