An Israeli police officer was injured Sunday night in a massive stoning attack in the town of Hilif, in the Basmat Tiv’on local council district.

Basmat Tiv’on is a Bedouin town in northern Israel with a population of approximately 8,000 residents.


A mob of some 300 people had gathered and started rioting, hurling boulders and cinder blocks; but the officers who were patrolling the usually-quiet community apparently never saw it coming.

The police officer who was injured was hurt while he was in his vehicle on patrol. He came under a hail of stones that also damaged several other patrol vehicles as well as his own.

The officer received initial medical treatment at the scene and then was evacuated to a nearby hospital for further medical care.

The high school in the local council of the same name is known for its multi-lingual, multi-cultural and multi-religious curriculum, hosting Arab students who are Muslim and Christian as well as Jewish students from nearby Kiryat Tiv’on. It’s well known for its high standards and its welcoming environment — or at least, it was. 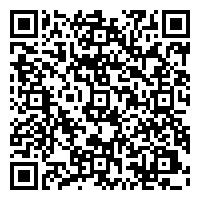