Pilots at El Al Airlines are once again threatening a work slowdown, just a month after having ended one after having reached an agreement with airline management on a pay hike of nearly nine percent.

This time this issue is a management decision to send senior pilots and flight instructors over age 65 on a forced leave, according to the Globes business news site.

“We are talking about pilot and simulator instructors over the age of 65 who are the company’s most senior and experienced pilots.

“Management has decided that the salaries of these pilots will be reduced by tens of percentages from next month. The result of El Al management’s step will be growing harm to the number of pilots with a valid license at the service of the company in implementing its full schedule,” the statement read.

The move comes while the union is involved in talks with management on labor conditions.

According to the attorney for the pilots’ union, the move is a violation of the current labor agreement, and against Israeli law.

El Al management maintains, however, it is taking action because the Israeli government has adopted international regulations that prevent pilots from flying commercial flights after age 65. 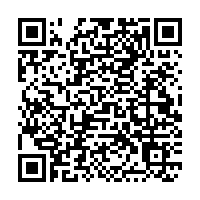