An Emirati business leader and writer has stepped out on a limb to harshly criticize the nuclear deal with Iran reached by U.S.-led world powers.

Khalaf Ahmad Al-Habtoor slammed the side deal reached between Iran and the United Nations International Atomic Energy Agency in a series of articles written last month in the UAE English-language daily The National, all of which were gathered by the Middle East Media Research Institute (MEMRI).


The Emirati businessman wrote that this deal proves that an organization “known for its professionalism and stringent monitoring” has been politicized by the agreement’s signers. Bluntly, he wrote, the signers are either seeking to cut lucrative trade deals with Iran or, in the case of U.S. President Barack Obama, are aiming to cement their legacy.

Al-Habtoor wrote that the self-monitoring arrangement agreed to by the IAEA belies Obama’s assertion that the deal between Iran and the P5+1 would enjoy “unprecedented verification.”

He added that he cannot understand why Iran, with its unbroken record of hostility to the West, is being treated so deferentially in comparison with Saddam Hussein’s Iraq.

“When I first learned from the news that the International Atomic Energy Agency (IAEA) had signed a secret agreement permitting Iran to self-monitor at least one of its major nuclear sites, I shrugged off the news as a figment of someone’s heated imagination,” he wrote.

“It is inconceivable that the world’s nuclear watchdog, known for its professionalism and stringent monitoring, would sign off on something so bizarre – or so I initially believed.

“Iraq, whose nuclear activities, both civilian and military, were dismantled following the Gulf War, certainly did not get off that lightly. Even after years of intrusive inspections, the IAEA under the directorship of Mohammed ElBaradei declined to present Iraq’s deserved clean bill of health to the UN Security Council prior to the US-led invasion.

“Yet the Islamic Republic of Iran, that has been spinning thousands of centrifuges to enrich uranium beyond accepted civilian levels and has refused to come clean on its past activities in this sphere, is trusted to inspect itself.”

This disparity, he pointed out, fuels suspicions that the agreement, and its “farcical verification procedures,” are part of a broader strategy of deliberately empowering Iran to fit a geopolitical end-game.

“My view broadly reflects the opinions of many of Iran’s neighbors, who are rightly fearful that the lifting of sanctions will see Iran’s coffers overflowing into the hands of its armed proxies.

“President Obama has repeatedly countered our concerns on the grounds that curbing Iran’s nuclear ambitions for 10 years is better than no deal. I did not find his arguments credible then, but now that the existence of secret side agreements have come to the fore, my suspicions that Iran is being deliberately empowered to fit a geopolitical end-game are heightened.

“I would love to know why a country that has been hostile to Western powers and their allies since its inception in 1979 is being so rewarded. Or is this animosity with the West just a farce to fool us?” In a second article also in August, Al-Habtoor slammed European countries, as well as the U.S., for the sudden change in their attitude towards Iran.

He noted that European countries, which until very recently was treated Tehran as a bitter enemy, are now rushing headlong to reopen their embassies there and to invite Iranian leaders to visit their capitals. This, despite the fact that Iran has given no indication that it means to change its ways, such as the suppression of minorities and its support of terrorism.

“European capitals are eyeing up lucrative trade deals and planning to reopen their embassies in Tehran. Iranian-Russian trade is set to expand exponentially… Iran’s oil industry is gearing up to expand production of crude to pre-sanctions levels, which could see already depressed oil prices spiraling to new lows. 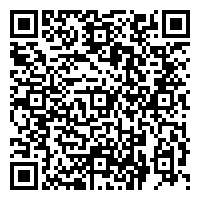