(JNi.media) The European Parliament on Thursday supported labeling products made by Jews in Judea and Samaria, east Jerusalem and the Golan Heights settlements. The vote was 525 in favor, 70 against, and 31 abstained.

In its resolution, the European Parliament “Welcomes the EU’s commitment – in the spirit of differentiation between Israel and its activities in the occupied Palestinian Territory – to ensuring that all agreements between the EU and Israel must unequivocally and explicitly indicate their inapplicability to the territories occupied by Israel in 1967, takes note of the letter sent to the VP/HR by 16 EU Foreign Ministers on 13 April 2015, encouraging her to take the lead within the Commission with a view to completing the work on EU-wide guidelines on the labeling of Israeli settlement produce.”

l Nahshon told Ha’aretz that the EU motion was “discriminatory with a sharp smell of boycott,” and “under the guise of a technical step, this is an attempt to force a diplomatic solution instead of encouraging the Palestinians to return to the negotiating table. Europe is acting with hypocritical sanctimoniousness toward Israel when it does not consider proposing similar solutions to northern Cyprus or Western Sahara.”

In a Monday meeting between teams led by Israeli Foreign Ministry deputy director-general for political affairs Alon Ushpiz and deputy director-general of the European External Action Service Helga Schmid, the Israelis argued that the labeling would be a “slippery slope” on the way to discriminating against all Israeli products, and to an eventual boycott. This did not go over well.

“When we told then this was a boycott they blew up and really lost their minds,” a senior Foreign Ministry official in Jerusalem told Haaretz. “We told them that labeling products from the settlements is like a door, that once opened, cannot be closed. We made clear to them that we did not see this as a technical step, but as a political step against Israel in every sense.” 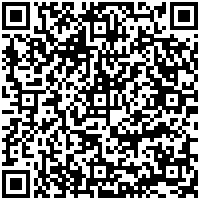