The surfaces, called ‘Shockpads,’ are produced by the Israeli company Pashut Yarok (“Simply Green” in Hebrew), and installed under synthetic grass. This way if a child falls from a playground apparatus, the spongy layer will absorb the shock, potentially saving the child’s life.

“We hope to be closing deals with European facilities in the near future,” said Guy Saar, CEO of Pashut Yarok to Tazpit Press Service (TPS).

“The export of the ‘Shockpad’ holds great economic potential,” he added. “The EU countries invest a huge amount of resources to protect children in playgrounds. The combination of safety with recycling and protecting the environment, is very important to European decision makers.”

The plastic foam used to make the surfaces is considered an ecological nuisance all over the world, since recycling the material is too costly. It is estimated that in Israel alone, more than one thousand cubic meters of packaging are discarded every month. Using a special and unique process developed by “Pashut Yarok”, this surplus packaging can now be economically recycled.

The surfaces have already been successfully installed over the past year in parks, kindergartens and schools all over Israel. Now, the product has received a green light to be exported to Europe following examinations by Labosport, a lab authorized to approve safety surfaces in Europe.

There are two different ‘Shockpad’ surfaces, one made of 20mm-thick layers and the other from 25mm-thick layers. The lab examinations confirmed that the surface reduces the force of the impact, and can continuously cushion repeated falls.

“We were approved to export to all countries in the EU, but we are specifically aiming at economically strong countries like Germany, France, Britain and the Netherlands, in which we have more options to enter the market,” concluded Saar to TPS. 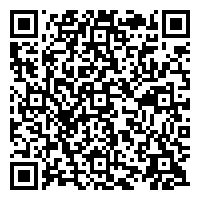