Jewish Home Chairman Naftali Bennett delivered a statement this evening in response to a publication by two professors at Hebrew University implying that Justice Minister Ayelet Shaked was a “neo-Nazi.”

Bennett described the publications as “incitement” claiming that they represented “the most serious incitement against a Justice Minister of Israel since the founding of the state.” The Education Minister warned that if the matter is not handled immediately, the consequences could be extremely serious, adding that “lecturers do not need to incite.”


Bennett said that he had consulted earlier in the day with Hebrew University President Professor Menachem Ben-Sasson and demanded that incitement from the campus be removed “by its roots” and said that he expects the president to consider the various methods by which this can be implemented.

Rather than assigning blame exclusively to the left or right of the political spectrum, Bennett sought to unify the political fractures which have become increasingly conspicuous in recent weeks.

“Perhaps I should wave a finger at the left at this point and blame them and say that these lectures emanated from the left, but I will not do that because these same professors grew up in Israel’s flowerbed just like those people [right wing extremists] who celebrated at that wedding grew up in Israel’s flowerbed. These are the flowerbeds that belong to everyone and we need to stop this dance of mutual blaming,” Bennett berated the two political extremes.

“Everyone needs to wave a finger at himself and to relax. We don’t have another state. We don’t have a right or a left, but only a flowerbed that is Israel. We have only one state, and all of us, from left to right, must do everything to protect it,” he appealed to his listeners.

Yesh Atid Chairman Yair Lapid joined Bennett in condemning the professors saying that their statements were “disgraceful. The professor is not even a doctor. He is a bottom-tier writer of the lowest kind. If he knew what he was talking about, he would know that states can be destroyed because of people like him that say such things. Shame on them,” Lapid said. 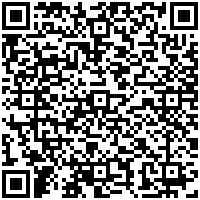