The Islamic State (ISIS) is armed with biological and chemical weapons but Europeans don’t take the existential threat seriously, according to a European Union parliament document.

Israeli experts last week also said ISIS is armed with weapons forbidden by the Geneva Convention and that it is a state in every sense of the word, with its own currency, a university and even license plates.


The London Express reported that the parliamentary report states that ISIS “may be planning to try to use internationally banned weapons of mass destruction in future attacks.” The document was prepared by the Parliament’s political analyst following the ISIS massacres in Paris last month.

ISIS has been trafficking in chemical weapons and also is able to manufacture them by putting together a team of experts with degrees in chemistry and physics.

The EU report, quoted by the Express, states:\

At present, European citizens are not seriously contemplating the possibility that extremist groups might use chemical, biological, radiological or nuclear (CBRN) materials during attacks in Europe. Under these circumstances, the impact of such an attack, should it occur, would be even more destabilizing.

Experts at an Israeli conference said that ISIS is a genuine state even if it not recognized by others, Globes reported.

It controls approximately one-third of Syria’s land, nearly 10 million people and earns approximately $300 million in day from the sale of oil it has confiscated in Iraq and Syria.

Besides its well-publicized black flag and army of barbaric terrorists, ISIS runs courts, schools, welfare agencies and even issues license plates. One of the experts said, “There is no precedent for anything like this in the past 100 years.”

Dr. Ronen Yitzchak, head of the Middle East Dept. at the Western Galilee College, said that the Western coalition has succeeded in seriously damaging the infrastructure of ISIS and in limiting its expansion. However, he added:

Despite weaknesses in the organization, it will not disappear and will continue to be present for many years. The Islamic State is not a temporary episode. It will continue to present a danger to the West and the entire world.

Terror will worsen in Europe, whether it is because of terrorists who are there now or because of those who be recruited in the future.

ISIS has succeeded in recruiting cells in dozens of countries, “something that has never been seen in terror groups,” Yitzchak said.

ISIS has its own currency, has minted gold and silver coins and soon will introduce bronze coins.

Its radical Islamic school system forbids studies in music, arts and Western subjects such as psychology.

The expert panel also revealed that every family is required to “contribute” one male adult to fight in the ISIS army, which comprises estimated 35,000-50,000 men.

Carmit Valensi, a research associate at the Institute for National Security Studies, said that ISIS has to be fought on several fronts and that active involvement of Middle East Muslim countries would create an alternative for the local population so they won’t feel totally dependent on ISIS. 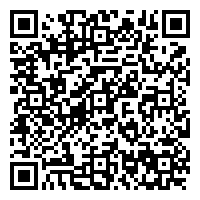