Shelter, the new film by director Eran Riklis about a Lebanese woman who flees her native country and undergoes an identity conversion after collaborating with Israel, opened in Israeli cinemas this weekend to an audience that included former Prime Minister Ehud Barak, former Justice Minister Tzipi Livni and several former heads of the Mossad.


The movie is not just a spy thriller and psychological drama of two women: It is also the first Israeli film starring an Iranian-born actress, 34-year-old Golshifteh Farahani, who fled the Islamic Republic in August, 2008 after crossing the Khomeini government by appearing in a Hollywood film and a TV campaign in France where she showed her body. She also gave interviews without her head covered.

While she has not been officially banned from returning, she told Hebrew-language Channel 12 news in a television interview from Paris that she is fearful that the regime would punish her if she entered the country. Still, she said her Iranian identity has not dimmed during years in exile.

“Iran is my home. I have memories of Iran, even if my memory is not accurate anymore. It is home, and I never found another home after Iran,” she said.

Since leaving Iran Farahani has acted with Leonardo DiCaprio (Body of Lies), Johnny Depp (Pirates of the Caribbean: Dead Men Tell No Tales), and has won several prizes in Europe and Asia, including the Eleonora Duse Award and Asia Pacific Screen Awards. The leading roles gained her international attention and when Riklis asked her to star in Shelter, the decision was easy.

“I need a good director and a good story; for me where you come from it doesn’t really matter; who you are is what matters,” she said. “I make my choices not to become a symbol of liberty, but at the same time for the ears and eyes that are looking where I am going.”

At the premiere, Riklin said that he chose Farahani to portray the lead protagonist, Mona, both because she was the right person for the role but also because it was an opportunity to break down walls.

Given a choice, Riklin said he would “fight the forces that come to destroy, to separate, to connect and build.” 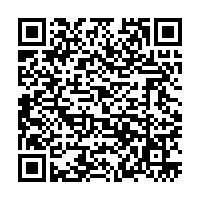