Facebook last week closed for 24 hours Khaled Abu Toameh’s account for what it said was “security reasons.” The account was opened one day later with two posts critical of corruption in the Palestinian Authority and in Jordan removed. Abu Toameh had received hate mail and death threats due to the posts.


Abu Toameh wrote in a column published Friday in The Jewish Press that “Facebook’s move came at a time when Arab dictatorships in general, and the Palestinian Authority in particular, have been cracking down on Facebook users.”

Abu Toameh pointed out that some Arab countries, including the PA, have set up teams to monitor Facebook and other social media for critics.

“But the problem becomes worse when Facebook itself starts removing material that bothers dictatorships and tyrants,” he wrote. “One can only hope that the same Facebook employee who ‘accidentally’ removed the article will make the same mistake and close down accounts belonging to terrorist organizations and their leaders.” 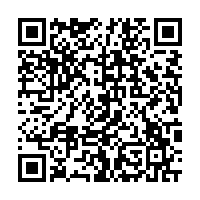