The Hamas terror organization has found itself in a seemingly mismatched alliance.


In recent months Hamas have been largely cut-off from the world, thanks mostly to cooperation between Israel and Egypt. Successful blockades and anti-smuggling initiatives on both land and sea borders have starved the group of the materials it needs to rearm after the 2014 war with Israel.

In its growing desperation, the IDF claims that Hamas, a beneficiary of Iran, has begun cooperating with an Islamic State (IS) affiliate in Sinai.

The story becomes more complex when considering wider regional alliances. Iran and its proxies are heavily involved in fighting the Islamic State and other Sunni extremists in countries such as Iraq, Syria and Lebanon. Hamas now seem to be playing both sides, as they attempted in Syria in 2012, which resulted in a cutting of ties with Tehran.

Referring to a major attack by IS against the Egyptian military last week, a senior IDF intelligence officer told Israeli news website Ynet on Tuesday, “This attack was meant to open an axis to restart smuggling into Gaza. In return, Hamas will give Daesh (Arabic for IS) various resources.”

Even before the huge IS assault, the IDF claimed to be aware of ongoing cooperation between the groups. At the beginning of July, Gen. Yoav Mordechai said the IDF had proof Hamas was transferring weapons to the Sinai based terror group, and that Hamas commanders were participating in the ongoing attacks against Egypt.

Hamas have in the past rejected claims of cooperation with IS affiliates, who have been involved in a war of attrition against the Egyptian military.

However, Egypt has in the past linked Hamas to anti-government terrorist attacks, and reacted last year by banning the organization, which had previously run offices from Cairo.

Hamas have in the past number of months claimed to be re-strengthening in preparation for another round of conflict with Israel. Last summer’s war claimed the lives of around 1,000 terror activists, most of which belonged to Hamas. 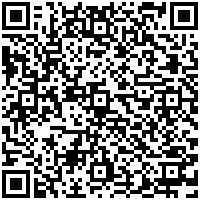