Deputy Speaker of the Knesset, Moshe Feiglin (Likud) believes that Israel’s strategy on how to deal with the Iranian nuclear threat has failed.

We saw it coming and now it is here.

Israel’s strategy against Iran – attempting to convince the world to deal with the nuclear issue instead of Israel – has collapsed.

Neither the US nor Europe will volunteer to defend Israel, while Israel has lost precious time and maneuvered itself into isolation.

Iran is free to proceed with its goal to destroy Israel – undisturbed, while the legitimacy for an Israeli preemptive strike has dissipated.


On Tuesday, we’ll see how Prime Minister Netanyahu deals with this latest Iranian challenge at the UN and the White House. 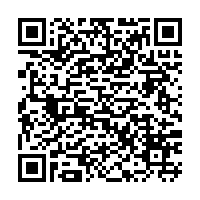