Between 130 and 150 million women are victims of genital mutilation – most of them are Africans, Deutsche Welle reports. Now, doctors, teachers and social workers in Germany report being confronted by this practice in ever growing numbers.

Jawahir Cumar, who moved to Germany with her parents from Somalia when she was a girl, witnessed, at age 20, on a visit to her grandparents’ village, the funeral of young girl who had bled to death after being “circumcised.”

Female genital mutilation (FGM) is practiced in 29 African countries, even though it is illegal in some of them. It is usually done when girls are between the ages of four and eight – using razor blades, kitchen knives and even broken glass and tin lids. Because these tools are used more than once, it also increases the spreading of bllod-based diseases like HIV/AIDS and hepatitis.

FGM alters or injures female genitalia for non-medical reasons, according to the World Health Organization (WHO). As a result, urine and menstrual fluids can hardly be discharged and remain trapped as a result,” explains Dr. Christoph Zerm, a gynecologist who specializes in counseling and treating women who have undergone FGM.

“This creates an environment that is conducive for infections. It can cause severe illness in the urinary tract and even the kidney. The uterus, ovaries and the fallopian tubes can also get infected,” he adds.

For many of these women, urinating can take up to 30 minutes, and is very painful.

Cumar, who was a small child when she was mutilated, later underwent several surgeries in Germany. She founded “Stop Mutilation,” to prevent other girls and women from having a similar experience.

“The immigrants that come here bring this problem with them. That’s what made me create this organization in 1996,” says Jawahir, who is now a mother of three.

An estimated 30,000 women living in Germany have been subjected to FGM and 6,000 girls are at risk, according to human rights organization Terre des Femmes.

“Mothers-in-law and grandmothers, especially, call all the time, write letters and send messages,” says Cumar. And the message is always the same, “you have to cut your daughters! Or just bring them to us and we will do it.”

Cumar visits kindergartens and advises teachers on how they can raise awareness about FGM. She also targets African immigrants in her advocacy work.

“Many of them don’t know that it is prohibited in Germany. They are shocked when they hear that they could lose custody of their children,” Cumar says.

She was able to prevent 17 girls from being subjected to FGM last year. But there’s still a lot of work to be done in Germany as well, says Cumar, pointing to how long it took for “honor killings” to be viewed by police as a criminal offence and not simply as the customs of immigrants.

Gynecologist Christoph Zerm would like medical German students to learn more about female genital mutilation, so that doctors can provide better care to women who are affected.

Circumcision – Are Muslims Doing It Wrong? 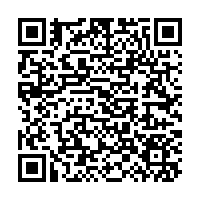