Religiously observant mailmen in Ashkelon are pleading with the Yad L’Achim  anti-missionary organization to intercede on their behalf so that they don’t have to deliver missionary material to tens of thousands of homes.

The mailmen had asked their employer, Israel Post, to be excused from the task on the grounds that it offends their religious sensibilities, but their request fell on deaf ears.


Yad L’Achim appealed directly to Israel Post to order that delivery of the offensive material, produced by a local Baptist cult, be immediately suspended. One of its legal advisers, Moshe Morgenstern, clarified that distribution of the flyers, in Hebrew and Russian, was a violation of the law banning attempts to entice minors to convert.

Morgenstern stressed that children, who arrive home from school before their parents and collect the mail, are the first to be exposed to the material.

Yad L’Achim launched a counteroffensive and distributed flyers to the city’s 35,000 households warning of the dangerous material in their mailboxes and calling on them to throw it out.

Israel Post told Israel Radio that the subject was “under investigation.”

It is encouraging to see how the Jewish heart is awake, as seen by the initiative taken by the mailmen in contacting us, and in the many Ashkelon residents who were shocked to see missionary material in their mailboxes and immediately called  us to express their pain.

On the other hand, it hurts to see time and again how the Israeli authorities to turn a blind eye to the missionary programs that continue unabated.

Israeli law does not forbid missionary activity among adults, and the law against proselytizing minors is not strictly enforced.

Missionaries have claimed that “more Jews have converted to Christianity than in the 1,900 years before that.”

Jews in the Diaspora also are under the constant zeal of missionaries, some of whom fanned out at the Celebrate Israel Festival in Los Angeles last week.

Dozens of missionaries descended on —– or invaded — the Celebrate Israel Festival in ways that I never thought possible….

Jews for Jesus distributed literature inside the park…. [A] second group of burly men.…could be described as bikers or former inmates who have accepted Jesus. Their T-shirts were…inflammatory, with statements that you must accept Jesus or go to hell. …

Beth Emunah Messianic Synagogue, which professes belief in Jesus as the Messiah and God, officially had a booth at the festival. I believe its members’ presence violates Jewish law and a long-standing understanding of The Jewish Federation and board of rabbis banning their inclusion in Jewish events….

Contrary to what some people say, the threat of missionaries targeting Jews for conversion has not disappeared. In fact, it is more prevalent than ever.

Rabbi Kravitz added that Israel’s Channel 2 recently reported that there are more than 20,000 “Messianic believers in Jesus” in Israel. 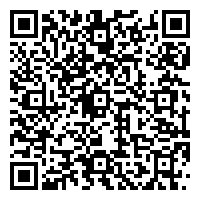