A female suicide bomber drove up to the Al-Zaim checkpoint near Maaleh Adumim towards Jerusalem on Sunday morning, just after 7 AM, according to Israeli police.

She was stopped 200 meters before the checkpoint by a policeman, as something about her looked suspicious.


As the policeman approached to question her, she yelled “Allahu Achbar” and then blew up a bomb in her car, lightly wounding the policeman (45).

The Arab terrorist is seriously wounded.

Initially policed believe she intended to blow up at the checkpoint itself and kill the soldiers, but according to Israel Radio, she was on her way to downtown Jerusalem.

A second bomb has been found in the car and sappers are diffusing it. 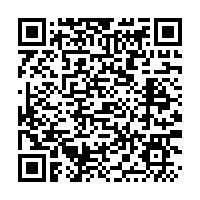