“Prisoner X,” who hanged himself in an Israeli jail in 2010, was an Australian citizen who worked for the Mossad but apparently committed a heinous crime, perhaps treason, the Australian Broadcasting Corporation (ABC) reported Tuesday.

The report sent the Netanyahu government scrambling to convene an urgent meeting of Israeli editors to keep the allegations from appearing in Israeli media, Haaretz reported.


ABC named “Prisoner X” as Ben Zygier, who went by the alias of Ben Alon or Ben Allen after he moved to Israel. Zygier, or Alon or Allen, was married to an Israeli woman and had two children. He was mysteriously jailed in a super-high security wing approximately 10 years after moving to Israel.

His identity never was revealed even to prison guards, and the prisoner committed suicide at the age of 34 despite state-of-the-art surveillance systems that are installed to prevent prisoners from taking their own lives. Zygier was in the Ayalon prison wing that held Yigal Amir, who assassinated Prime Minister Yitzchak Rabin.

Israel never admitted to the existence of Prisoner X even after the suicide was reported in 2010. At the time, media speculated the prisoner was a most senior enemy agent, with some suggesting that he was a senior Iranian Revolutionary Guards general.

After ABC’s report Tuesday, Haaretz told its readers that the Office of the Prime Minister called an emergency meeting of local editors “to ask its members to co-operate with the government and withhold publication of information pertaining to an incident that is very embarrassing to a certain government agency.”

ABC said it was able to identify Prisoner X through circumstantial evidence that was provided after the suicide victim’s body was sent to Melbourne a week after his death. Before then, Australia did not of his incarceration.

Australian Foreign Minister Bob Carr responded to the ABC’s exposé, “Those allegations certainly do trouble me.

“It’s never been raised with me…. The difficulty is I’m advised we’ve had no contact with his family [and] there’s been no request for consular assistance during the period it’s alleged he was in prison.

“Even if Prisoner X has now been identified, his crime, however, remains a mystery although it has been widely speculated that it would have involved treachery to warrant such extreme measures.”

If the allegations are true, Israel might be subject to serious questions about due process of law.  Human Rights Watch researcher Bill van Esveld told the newspaper that there are serious issues involved concerning fundamental prisoners’ rights.

“It’s called a disappearance, and a disappearance is not only a violation of that person’s due process rights – that’s a crime,” he said. “Under international law, the people responsible for that kind of treatment actually need to be criminally prosecuted themselves.” 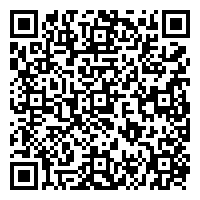