The State of Israel slammed a vote by the World Heritage Committee of the United Nations Educational, Scientific and Cultural Organization (UNESCO) on Tuesday, naming Israel as an “occupying power” of the Old City of Jerusalem and its sacred sites. Israel’s Ambassador to the United Nations, Danny Danon issued a separate condemnation of the vote almost immediately after the figures were released on Tuesday.

The Ministry of Foreign Affairs issued an official response on Wednesday, saying, “This is another absurd and irrelevant UNESCO decision, which serves only the enemies of history and truth.


“Jerusalem is the eternal capital of the Jewish people, and no UNESCO resolution will change this reality,” said the statement by the ministry.

“The decision is sad, unnecessary and pathetic. It should be noted that the resolution did not even achieve a majority of the votes.”

In fact, the resolution passed with the minimum necessary to force it through: 10 member states voted in favor, three – Jamaica, Burkina Faso and Philippines opposed, and eight others abstained.

Although the language this time around was slightly different with Decision 41 COM 7A.36 underlining “the importance of the Old City of Jerusalem and its Walls for the three monotheistic religions” it nevertheless still denied Israel’s right to her own capital. It criticized what it called “the failure of the Israeli occupying authorities to cease the persistent excavations, tunneling, works, projects and other illegal practices in East Jerusalem, particularly in and around the Old City of Jerusalem, which are illegal under international law.” 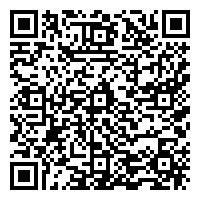