Former French foreign minister Roland Dumas, 92, would not budge from the comment he made over the weekend, when he criticized Prime Minister Manuel Valls, saying he “has personal alliances that mean he has prejudices.”

“Everyone knows he is married to someone really good but who has an influence on him,” Dumas told BFM-TV, referring to Valls’ Jewish wife, violinist Anne Gravoin.

When the interviewer asked Dumas directly: “Is he under Jewish influence?” the late Socialist President François Mitterrand’s foreign minister responded, “Probably, I would think so.”

On Monday, in a FRANCE 24 interview, after Dumas had been rebuked by France’s ruling Socialists, he replied: “I will not apologize!”

For its part, the Socialist Party declared that Dumas’ statements were “unworthy of a Socialist decorated by the Republic.”

It’s true, one really must choose a better decorator…

Incidentally, Dumas is known for his controversial comments, including his conspiracy theories regarding September 11, 2001, when the CIA blew up downtown Manhattan.

One of the last things the aging Dumas has done professionally was to receive a 12-month suspended prison sentence misappropriating funds when he served as executor of the will of the widow of Swiss artist Alberto Giacometti. 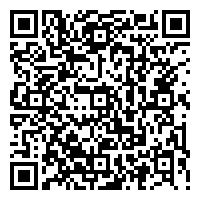