Former Supreme Court judge Mishael Cheshin passed away on Saturday after a long battle with cancer.

Cheshin was known for his judicial activism and firmly believed in judicial oversight over Knesset laws.

In 2007, when Israel Prize winner Professor Daniel Friedman, who was then slated to be the Justice Minister, dared criticize the Supreme Court, its active participation in the process of selecting new Supreme Court judges, its ability to strike down Knesset laws and the judicial activism of its President Dorit Beinish, Cheshin responded quite strongly.

Cheshin said, “My power is limited, but I will defend the Supreme Court with all my might. I am rooted in the Supreme Court. I am part of it. My father was a justice in the first Supreme Court, I was its deputy president. This is my home, and whomever raises his hand against my home, I will cut off that hand.”

In 2002, as chairman of the Central Elections Committee, Judge Mishael Cheshin ruled that Moshe Feiglin would not be allowed to run for Knesset, after winning the 41st position on the Likud list. Cheshin claimed that Feiglin’s protests against the Oslo accords were sedition against the State of Israel!

Feiglin eventually entered the Knesset in 2013 and became Deputy Speaker. 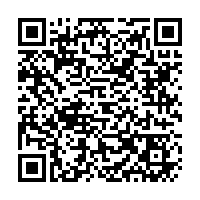