(JNi.media) Despite a massive police reinforcement in Jerusalem, clashes between Arabs and security forces raged Friday and Saturday, with serious disturbances in several refugee camps; a rocket exploding in Sderot and a Grad intercepted over Ashkelon—the IAF retaliated.

Friday’s violent clashes in Jerusalem included serious disturbances in the Shuafat refugee camp and in the neighborhoods of A-Tur and Issawiya. Molotov cocktails injured Border Guard officers in Jabel Mukaber, a predominantly Arab neighborhood in south-east Jerusalem. Arab rioters were wounded and arrested. There was another attack on the Jerusalem light rail.


Muslim prayers on the Temple Mount ended in relative quiet Friday afternoon, but at the end of the prayers, according to Ynet, the signal was given for Arabs to start rioting at several locations in Jerusalem. Starting at 1:00 PM Friday, Arabs threw stones at police and Border Guard at Jerusalem’s Damascus Gate. In A-Tur, about half a mile from there, on Mt. Olives, masked rioters hurled stones at police and Border Guard. Officers responded with riot control gear and one rioter was injured by police.

Around 3:00 PM an Arab threw a paint bottle at the light rail tram on the Shuafat line—no one was injured.

Around 4 PM some serious disturbances developed in the Shuafat refugee camp, with dozens of youths, some masked and others wearing gas masks, throwing stones and Molotov cocktails at Border Police officers. One rioter, 18, a resident of Hebron, was arrested. The Border Guard also arrested and transferred for questioning a 17 year-old who was throwing stones at police in Wadi Joz.

There were extremely violent clashes in the Jabel Mukaber neighborhood in southern east Jerusalem, where three border policemen were injured, one moderately and two lightly, from a Molotov cocktail that was thrown at them. An Arab who was shot in the leg was taken to Shaare Zedek Medical Center in moderate to severe condition. Eight Arabs who were involved in the clashes were later arrested.

At 6:25 PM, Friday, police arrested a 17-year-old Arab who, along with several other young men, threw Molotov cocktails and stones at the security forces and a security vehicle in A-Tur. The local guard fired in the air to disperse the rioters. There were no injuries.

Around 8:00 PM, three Arabs were wounded lightly to moderately, one of them 13-years-old, during clashes between rioters and IDF and border police forces at the Rachel’s Tomb compound. The rioters threw stones and Molotov cocktails at the security forces, and in response the forces fired at them. The boy was evacuated by Magen David Adom paramedics to Hadassah Ein Kerem Hospital in Jerusalem and the rest of the injured were evacuated by the Red Crescent to a hospital in the Palestinian Authority.

At 8:40 PM, sirens sounded in the city of Sderot and the Sha’ar HaNegev regional council, as a rocket hit southern Israel. The rocket, launched from the Gaza Strip, landed adjacent to a bus in the Sderot area, causing damage. Sirens sounded for a second time, at 11:31 PM, in the city of Ashkelon. That rocket was intercepted by the Iron Dome Aerial defense system. No injuries have been reported.

In response to the attacks, IAF aircraft targeted three terror sites in the northern Gaza Strip.

Lt. Col. Peter Lerner, IDF Spokesman stated: “This evening’s acts of aggression are a clear reminder of Gaza’s commitment to violent terrorism. Israeli civilians should not have to live in fear, no one should. Hamas is the ruling power in the Gaza Strip and is therefore responsible, accountable and culpable for every attack emanating from Gaza.”

These were the 10th and 11th rockets to hit Israeli territory since January 2015. 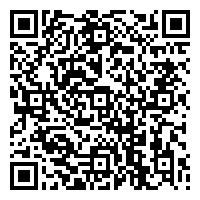