The funeral for Chaye Zisel Braun began at midnight Wednesday night. Chaye Zisel Braun is the 3 month old baby who was killed by the terrorist Abdul Rahman al-Shaloudi who mowed down a group of commuters with his car.

Chaye Zisel Braun is an American citizen, and the great-granddaughter of the late Rabbi Rafael Halperin, a well know figure in Israel.

The terrorist who killed the baby has died of his wounds.

Jerusalem Mayor Nir Barkat, who was at the funeral, released the following statement:

“We must restore peace and security in Jerusalem- as I have said for months, the situation in Jerusalem is intolerable and we must act unequivocally against all violence taking place in the city. Today, more than ever, it is clear that we must send police forces into neighborhoods where there are disturbances, placing them strategically and widely in significant numbers.

Following my request, the Prime Minister has given instructions to reinforce the police forces in order for us to implement an operational action plan formulated to deal with riots, including the addition of personnel and special units, using technological means, and increased intelligence.

I will continue to be vigilant and we will not rest until security is restored in Jerusalem.” 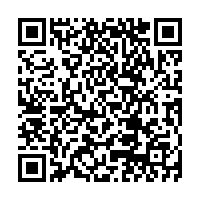