A man drove into a group of commuters waiting for the Jerusalem Light Rail around 6:25pm on Wednesday near Ammunition Hill (Givat HaTachmoshet) in what might be a terrorist attack.

Eight people were injured, two seriously, including a baby.


The baby died in the hospital. MDA reportedly was able to restore her pulse for a short time.

People on site are tweeting that the driver was shot by a policeman as he tried to flee. The driver was not killed after being shot.

Arab sources identify the driver as Abdul Rachaman from Silwan in Jerusalem, he reportedly spent 14 months in prison for security related offenses.

Superintendent Micky Rosenfeld, Israel Police Foreign Press Spokesman said that nine people were injured by a vehicle which struck people at the light rail station. The shots people heard were ones fired at the suspected terrorist as he tried to flee the area.

Update: In the first few minutes of the event and confusion it was not clear at to whether this was a terror attack or a horrible vehicular accident, but it since become 100% clear that it was definitely a terror attack.

Initial reports incorrectly indicated that the Light Rail was derailed. That was based on a statement by a train company employee.

There was a lot of confusion when the event happened and initially people thought there was a shooting or attack on the train, or as people got off the train. 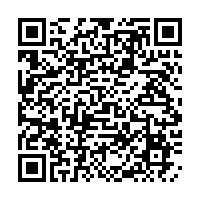