Palestinian Arabs massed in northern Gaza near the security fence along Israel’s southern border at around 11:30 am Sunday morning.

A number of those gathered began throwing stones across the fence. None of the ammunition hit any Israelis on the other side.


About ten minutes later, however, a group of Palestinian Arab terrorists opened fire at a team of workers carrying out repairs on the fence along the border in the Eshkol district.

None of the team members were hurt but their vehicle was damaged. An IDF unit was called. 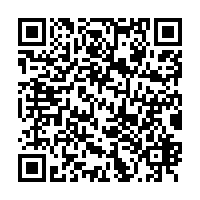