A Muslim German national on vacation traveling with Pegasus Airlines flew from Germany to Dubai Monday night, but somehow found himself landing at Ben Gurion International Airport in Tel Aviv.

The incident has never happened before – but it is extremely serious because it might have ended quite differently, with an Israeli passenger landing instead in an enemy nation.


The bearded, black-haired 30-year-old passenger first landed in Istanbul where he was to catch a connecting flight to Dubai. He transferred his luggage for the next leg of the journey, according to a report posted on the Hebrew-language Ynet site, then proceeded to make the connection to his next flight with a carry-on bag – or so he believed.

It is not clear how he passed through all security and airline inspections with his ticket, which clearly was marked with Dubai as his final destination. In fact, he remained totally unaware of the error until the on-board announcement the plane was approaching its destination in Tel Aviv.

At that point, he jumped up, completely startled, and called the flight attendant to show her his ticket. After checking it with the flight manager, she confirmed that it was “certainly a mistake, you are not on the correct flight – but this is your own problem and you will have to pay for a return flight.”

Israeli passengers seated nearby immediately intervened, speaking with the agitated passenger and with the flight attendant, insisting that it was the airline’s mistake and he did not have to pay anything at all.

Upon landing, Israeli security officials came to the plane to interview the passenger, and after confirming the error and his veracity, took him off the plane, checked his bags, and put him on a flight back to Istanbul.

Pegasus Airlines said in a statement: “The incident is under investigation, and it is believed that due to the fact that two flights were close together, it is possible that the passenger passed inspection for Dubai, but got on the wrong bus for the passenger aircraft, instead boarding that which led to the flight to Tel Aviv.” 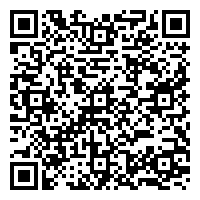