This is how the conversation went:

CNN: Senator, are we in a dangerous split here in relations between the United States and Israel?

McCAIN: “Well, I think that’s up to the president of the United States. But there was a free and fair democratic election – the only nation in the region that will have such a thing.

“The president should get over it. Get over your temper tantrum, Mr. President. It’s time that we work together with our Israeli friends and try to stem this tide of ISIS and Iranian movement throughout the region which is threatening the very fabric of the region.

“The least of your problems is what Bibi Netanyahu said during an election campaign. If every politician were held to everything they say in a political campaign obviously that would be a topic of long discussion.

“The point is, the “JV”* as the president described them, are just moving over into Yemen. We see this horrible situation in Libya, we see ISIS (Daesh, the Islamic State in Iraq and Syria terror organization) everywhere in the world.

“We see the Iranians now backing the Shia militias in Tikrit, where they’re going to massacre a number of Sunnis, and the guy in charge (there) is a guy named Sulimeini, who … moved thousands of copper-tipped IEDs (improvised explosive devices) into Iraq and killed hundreds of American soldiers and Marines… And (meanwhile) the President of the United States is praising the mullahs and their behavior in the region.

“This is one of the more Orwellian situations I have ever observed,” McCain said, obviously perplexed. Nearly an identical comment was made by another member of Congress just a day or two earlier to describe the president’s inexplicable behavior as well.

CNN: Why is it considered a “temper tantrum” by the president, if Netanyahu rejects the very basis in his campaign rhetoric for decades of US policy heading towards some kind of a peace process? Should the president just pay no attention to that?

McCAIN: “I think the President shouldn’t like it — but thousands are being slaughtered by ISIS. The Iranians have now taken over the major capitals Lebanon, Syria, Beirut and Baghdad. It pales in significance to the situation which continues to erode in the Middle East – and it puts America at risk.

“Look. Bibi’s “rhetoric” concerning an election campaign pales in comparison as to the threat — the direct threat to the United States of America — of ISIS. This is … the President has his priorities so screwed up, that it’s unbelievable.

CNN: He’s also considering signing a UN resolution calling for a Palestinian state. What would be your reaction if he does that and should he even be considering that?

McCAIN: Of course he shouldn’t be considering it. And second of all, if he does that, and it would be approved by the UN, then the United States Congress would have to examine our funding for the United Nations.

“It would be … ah, it would be a violation because the president’s anger over a statement by Bibi, by the prime minister of Israel, it would be, contradict, American policy for the last 10 presidents of the United States.

U.S. Representative Steve Israel of New York, a Democrat, also appeared on the same program. He urged everyone to “drop the drama” and focus on the priorities. “What counts is, are we providing Israel with the critical security equipment technology that they need? And on that, we are,” the Congressman said.

* (Ed note: For the uninitiated, “JV” refers to “junior varsity” and usually is a reference to a high school or B-track college team. Obama’s first such reference was made during and interview for a profile published on Jan. 27, 2014 by The New Yorker Magazine, written by editor David Remnick. Obama referred during the 2012 campaign to the killing of Osama Bin Laden at the time. In Remnick’s words: Obama “also said that Al Qaeda had been ‘decimated.’ I pointed out that the flag of Al Qaeda is now flying in Fallujah, in Iraq, and among various rebel factions in Syria; Al Qaeda has asserted a presence in parts of Africa, too.” Obama responded: “The analogy we use around here sometimes, and I think is accurate, is if a jayvee team puts on Lakers uniforms that doesn’t make them Kobe Bryant.” Remnick’s was referring in that interview to the conquering of Fallujah on Jan. 3, 2014 by ISIS – which at the time was still referred to as an Al Qaeda-linked offshoot. It was only a day later that Al Jazeera clarified the distinction between the two.) 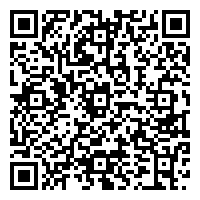