The attorney, Niv Sever, states that EMG was “surprised, once again, to read in the press about an agreement assuming the use of its pipeline for ‘reverse flow’ of gas between the Israeli Tamar Reservoir partners and Dolphinus Holdings Limited.”

In no uncertain words and in fluent Lawyerese, the Tamar partners, as well as the press, are warned that “EMG strongly protests the repeated unauthorized use of its name, targeted, so it seems, to capitalize on its assets.”

Apparently, EMG, despite its being the owner and operator of the gas pieline whose flow is to be reversed under the new deal, “is not a party to the reported deal and was not included in such negotiations. To avoid any doubt, there are no discussions held between EMG and Dolphinus on such a transaction and there have been no negotiations held in the past.”

Sever adds that, even if his client, EMG, were to permit this unauthorized use of their pipeline, “the reported up-front costs of such an operation are unrealistic for a pipeline that has been out of operation for several years.”

Apparently, when a pipeline is dipped in seawater for several years unattended, you can’t just turn it on and expect it to start reverse flowing stuff.

Or, as Sever puts it: “future operation to transport the reported interruptible quantities of gas for the reported duration would not be economical as far as EMG is concerned.”

“As you must be aware, Egypt has often been reported to impose three determinants for any reverse flow deal,” Sever continues, “approval of the Egyptian government, creation of added value for Egypt, and resolution of the pending international arbitration cases between EMG and its shareholders and Egypt.”

Alas, EMG’s attorney explains, “the positions taken by Egypt in those cases to date, as well as existing Egyptian law restrictions, preclude, at present, any agreement by EMG to contract use of its pipeline for reverse flow on any terms.” 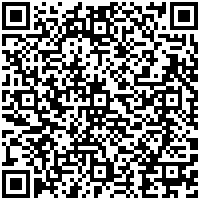