Prime Minister Benjamin Netanyahu warmly welcomed Guatemala President Jimmy Morales to Jerusalem on Tuesday, speaking at a briefing of the special relationship between the two nations.

Guatemala was the first Latin American nation to announce its recognition of the State of Israel in the United Nations immediately after the proclamation of the state by PM David Ben Gurion.

In addition, Guatemala is the first country in the world to have opened an embassy in Jerusalem, although later it was forced under international pressure to move the embassy to Tel Aviv. Israel maintains an embassy in the capital, Guatemala City and has an ambassador that resides there.

“I’m proud of the fact that this is your first visit outside of the Americas as President,” Netanyahu smiled, saying “I think it reflects this friendship between our two countries. It’s real.”

Netanyahu added that he grew up not very far from the Prime Minister’s Office, noting that in Jerusalem there is a Guatemala Street.

“In just about every town in Israel there is a Guatemala Street because we remember Guatemala’s friendship and the friendship and leadership of your UN Ambassador at the time of the decision on the Partition Resolution and so Guatemala was etched into our hearts then,” he said.

Netanyahu also accepted an invitation from Morales to visit Guatemala “perhaps later in the year.”

Morales responded with a “salute” to the people of Israel on behalf of the people of Guatemala. “We spoke about the fact that a few years ago there was a water deficit in this country and thanks to the right management of water you have exceeding water at the moment,” Morales told reporters. “So this only shows that when the people of Israel want to make great change it succeeds with efficiency. And this is an example we would like to follow. So we are asking for your assistance and we want to deepen into our friendship so that we can work together.”

The current Jewish community in Guatemala, approximately 900 Jews, live in the capital, Guatemala City. There is no regular Jewish news outlet. 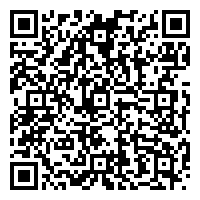