by Ilana Messika Researchers at the Neurology Unit at the Rambam Medical Center in Haifa say trials conducted with an oil made from cannabis showed positive results for children suffering from epilepsy.


Medical cannabis oil droplets are specifically enriched with Cannabidiol (CBD), one of the chemical compounds identified with cannabis but different from the one existing in regular marijuana. For this reason, the cannabis does not act like an intoxicating drug.

The Epilepsy Foundation defines epilepsy as “a chronic disorder, the hallmark of which is recurrent, unprovoked seizures.” Electrical events in the brain will produce those symptoms affecting any part of the body. Different people suffer a variety of types of seizures.

According to Rambam’s statistics, epilepsy affects approximately 0.7% of children living in Israel, about a quarter of whom are considered “seriously ill,” do not respond to drugs and suffer from frequent seizures of very high intensity. Schif and David said that approximately a third of epilepsy patients suffer from drug-resistant epilepsy, meaning a failure to stop seizures by at least two medications. The efficacy of other medications is also limited, which is why there is a great interest in developing new treatments.

“The general treatment options for the treatment of epilepsy are medications, adequate protein (or ketogenic) diet, vagus nerve stimulation surgery,” they said.

The use of cannabis to treat epilepsy was already described in early 19th century. But only in the last three years have the medical community, parent groups and the media expressed growing interest in its administration cases of intractable epilepsy in children.

The cannabis treatment was approved by the Israeli Ministry of Health about two years ago, if the patient meets certain requirements, and only for certain hospitals. Rambam is the only hospital to provide the treatment in Northern Israel.

Despite such promising results, however, Schif and Ravid pointed out that the trial is still considered controversial because the long-term side affects are unknown remaining uncertainties

“We should emphasize however, that medical reports on the positive effect of medical cannabis for epilepsy are still preliminary. Further clinical trials are warranted. There is also not enough evidence on the long-term side effects of cannabis in pediatric population,” Drs Schif and Ravid said. 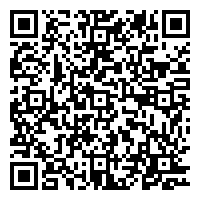