Hamas has executed scores of Gazan civilians over the past few days, according to several separate reports.

Yisrael Hayom quotes Arab news sources that report that Hamas has executed some 30 Gazan civilians for allegedly collaborating with Israel.


Human rights groups report that some were executed after being caught ‘red handed’ while marking targets for the Israeli Air Force. All the alleged collaborates were summarily executed without trial.

A separate report by several new sources describes protesters in Beit Hanun who were shot in the street by Hamas on Sunday for demonstrating against Hamas’ leadership and the destruction caused to the Gaza Strip. They blamed Hamas for the calamity which has befallen the civilians of the Gaza Strip. Some 20 protesters were rounded up and shot in front of a crowd.

Hamas has previously been harshly condemned by the international community after being accused by local Gazans of summary executions of alleged collaborators who were shot on the basis of mere rumors or who confessed after being horribly tortured and were shot. 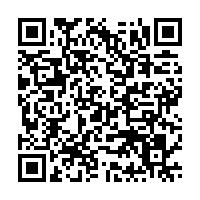