Palestinian terrorist factions met on Monday in Gaza City to discuss Israeli attacks and its threats of a wider operation in the near future, the Ma’an news agency reported.


Abu Tharefa told Ma’an any truce with Israel must include an end to Israeli air strikes and attacks, adding that the Palestinian resistance would retain the right to respond to Israeli aggression.

Israeli tanks shelled Gaza City on Saturday killing four and injuring at least 25, in response to a missile attack on an IDF jeep that injured four soldiers.

Gaza terrorists fired as many as 100 rockets into Israel, and the IDF launched an air strike early Sunday which killed two members of Islamic Jihad’s military wing.

Israel launched multiple air strikes on the Gaza Strip overnight Sunday, with no injuries reported, and rockets continued to be fired from Gaza. On Monday a rocket struck a home in the city of Netivot, causing heavy damage. On Tuesday morning a rocket fired from Gaza landed in Ashdod.

Hamas took part in missile launches over the weekend but Monday’s attack was claimed by the Shura Council of the Mujahedeen, a Salafi organization that rejects Hamas’ authority.

Israel has been deploying its Iron Dome rocket interceptor, air raid sirens and blast shelters, but eight people have still been wounded by the salvos.

“The president of the biggest neighboring Arab country (has) said: We will not allow a new war on Gaza, and Palestinian blood is our blood,” Rizqa wrote in the pro-Hamas daily Felesteen.

Meanwhile, according to Ma’an, Jamal Nazzal, a member of Fatah’s revolutionary council, said in Ramallah that Israel was trying to hold the Palestinian Authority responsible for rockets fired from the Hamas-run Gaza Strip, and using the escalation in Gaza to try and thwart the PLO’s bid for state membership of the UN.

“It’s politically absurd to hold the PA the responsibility for the escalation,” Nazzal told Ma’an.

Of course, by proclaiming its complete inability to influence decisions in Gaza, the PA is putting in question its claim of being a state, since a crucial element in being a state is the ability of said state’s government to govern it. 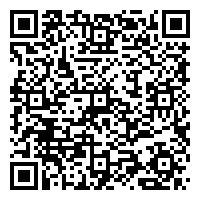