“Our true war is aimed at the liberation of Jerusalem,” proclaimed a Hamas spokesman last week. The statement came in a televised address broadcast on Al-Aqsa TV, in which Sami Abu Zuhri declared before a cheering audience that its ongoing war against Israeli civilians is aimed at “liberating Jerusalem,” rather than lifting Israel’s naval blockade of Gaza. Contrary to current demands by Hamas negotiators that Israel lift the blockade, imposed on the terror group in 2007 following its commencement of attacks against Israel, last week’s televised statement suggests that any such concessions made by Israel will achieve only a temporary truce rather than permanent resolution.

In a video of the speech, posted on YouTube with English subtitles by the Middle East Media Research Institute (MEMRI), Abu Zuhri announced that “the time has come for us to say, that our true war is not aimed at opening the border crossings. Our true war is aimed at the liberation of Jerusalem, Allah willing.”


Continuing negotiations in Cairo between Hamas and Israel seek to achieve a cessation of rocket and mortar fire from Gaza in exchange for easing of certain restrictions imposed on the terror state, such as the naval blockade and the closure of Gaza-Egypt border crossings. The August 17th speech by Abu Zuhri, however, asserts that Hamas aims to continue its terror war until all of “Palestine” is liberated. “It is time for us to say that not only the blockade is rejected by our people,” he declared in the address.

“Our people refuses to accept the continued defiling of our land by the occupier,” Abu Zuhri went on to say. “Therefore, as of today, the resistance is preparing not for the opening of a border crossing here or there, but rather for the liberation of our Palestinian land,” said Zuhri, referring to all of Israel. “This is the truth that Netanyahu should understand.” 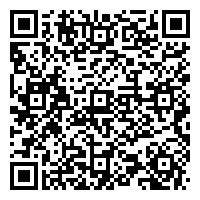