Close to two weeks ago, Hamas Prime Minister Ismail Haniyeh sent a secret message to the office of Prime Minister Netanyahu, saying his organization was not looking for confrontation with Israel, according to a Walla scoop Tuesday morning.

It appears the move followed the recent escalation in the south, which included an increase in rockets being shot into Israel and increasingly severe IDF retaliations against Hamas targets inside the Gaza Strip. Haniyeh’s message included a request for Israel to tone down its responses.

The message was delivered by a NY born Israeli citizen named Gershon Beskin, founder of the Israel Palestine Center for Research and Information (IPCRI), who served in the past as a go between during the negotiations over the release of kidnapped soldier Gilad Shalit.

Beskin confirmed the story, but Netanyahu’s office had no comment.

According to Walla, the targets attacked by the IDF retaliation two weeks ago included the special “restraining force” that Hamas put together to prevent rocket attacks. Following those attacks, Hamas ordered its forces away from the border, which Israel took to be a green light from Hamas to the Islamic Jihad and smaller organizations to continue the attacks.

This is when Ghazi Hamad, a senior advisor to PM Haniyeh, called up Beskin to clarify the situation. The call was made from Haniyeh’s office and he was present during the call.

Beskin passed the message in writing to Netanyahu’s chief of staff Gil Shefer, and a few days later Hams re-deployed along the border, this time using its own elite military unit.

According to Walla, Hamas and the Israeli Prime Minister’s office maintain several communications channels, including the Egyptian Intelligence service and the Palestinian Authority. For the most part, these exchanges cover humanitarian issues such as getting Gaza patients to hospital in Israel and delivery of goods into Gaza. 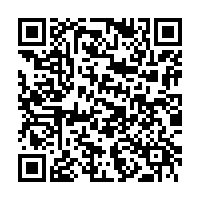