Khaled Mashaal, the supreme leader of Hamas who lives in Qatar,  spent 10 minutes on the phone with Palestinian Authority chairman Mahmoud Abbas in what the official PA news agency WAFA said was a “warm” conversation.

Mashaal fled to Qatar from Syria, where he had been living in exile from Jordan until the Syrian civil war came between him and Syrian President Bassar al-Assad.


“Mashaal telephoned president Abbas to thank him for his efforts at different levels, particularly sending aid to the Gaza Strip,” WAFA reported, referring to the support sent by the PA to Gaza as it recovers following the major winter storm in recent days.

However, the most immediate and influential help came from Qatar, which donated diesel fuel, and Israel, which shipped it to Gaza through the Kerem Shalom crossing.

The Fatah terrorist movement, headed by Abbas, and Hamas said more than two years ago they would patch up their differences and establish a unity government, but no actions have been  taken to confirm the announcement.

With the “peace process” considered dead by virtually all parties except  U.S. Secretary of State John Kerry, the phone call gave Abbas the opportunity to promise Mashaal that  the “sacred and inalienable rights of the Palestinian people” are a state on the 1967 borders with East Jerusalem as its capital, Palestinian refugees’ rights and the release of all Palestinian prisoners.” 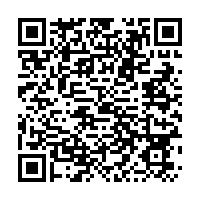