Knesset Finance Committee Chairman MK Moshe Gafni (United Torah Judaism) has not approved the transfer of $171 million to the new projects of Israel Railways, according to a Tweet by journalist Amalia Duek. Duek cites sources in the Transport Ministry who accuse Gafni of revenge tactics, saying the delay in payment would result in delays in carrying out the work in preparation for the new fast rail from Tel Aviv to Jerusalem. The Ministry is also concerned about potential lawsuits from contractors who haven’t been paid. MK Gafni, meanwhile, has told Duek he would examine the transfer request “when I see fit.”

Meanwhile, the renovation and preparation works continue full blast. At midnight Sunday Israel Railways shut down its three (out of four) stations in Tel Aviv for eight days, to be reopened a week from Tuesday. The massive project will match the stations and the rails passing through them with the new, electric, fast rail to Jerusalem.


Over the next eight days, the railway service will be running buses between Herzliya and Tel Aviv, in both directions, as well as buses from Herzliya to Ben Gurion International. Police on Monday morning reported worse than usual traffic delays in all the arteries leading into Tel Aviv.

The war between the Haredi coalition partners UTJ and Shas and Prime Minister Netanyahu over railway works that had been scheduled to be performed on Shabbat two weeks ago turned out to be a mere skirmish, as neither side was interested in fighting. However, the real battle ensued between Netanyahu and his Transport Minister Yisrael Katz (Likud), followed by a more reserved showdown with Welfare and Labor Minister Haim Katz (Likud). That internal fight in the Likud party was resolved with a win by points for Netanyahu (no knockouts, both ministers are still alive and kicking). Against this background, MK Gafni’s decision appears both vindictive and unhelpful.

Transport Ministry officials told Kikar Hashabbat that “if it turns out Gafni is operating out of political considerations we will view it seriously and act accordingly.”

Gafni, one of the most powerful committee chairmen in the Knesset, responded, “I’m not obligated to debate every agenda item that comes up. I will weigh it, and if the proposal has merit, the money would be transferred.” Which means the Railway will get the money eventually, because this is a government project, but the folks at Transport will have to sweat blood over it because of their Shabbat works fiasco.

According to Kikar Hashabbat, the Haredi parties are angrier at Police Commissioner Ronnie Alshich, an Orthodox Jew, more than anyone else, because Alshich was the one who came up with the idea that those works constituted “pikuach nefesh,” meaning saving a life, which is permitted on Shabbat. Which stands to show you, never go to a cop for halakhic rulings. 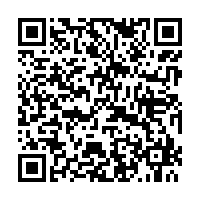