The head of Israel Defense Forces human resources department has resigned from his position after his laptop – with classified information – was stolen from his home.

The stolen laptop taken from the home of Maj.-Gen. Haggai Topolanski, who headed the IDF Manpower Directorate, was not supposed to be taken out of the office.


Topolansky said to IDF Chief of Staff Gadi Eizenkot that he was taught to take responsibility for his actions and that he required the same of soldiers under his command. He added that he hoped his resignation would send the right message to both soldiers and the public.

Eizenkot received his resignation with a “heavy heart,” Ynet reported.

In the wee hours before dawn on Tuesday his home in the southern Israeli town of Be’er Tuvia was broken into and a number of items were taken, among them, the IDF computer.

He was to be questioned by police on Wednesday, and military police opened an investigation into the robbery.

The incident was under a gag order until Wednesday. 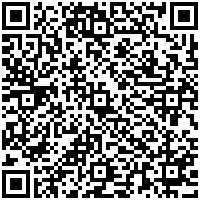