Israel’s Ministry of Economy and Industry on Monday published a list of thousands of products that will be allowed into Israel based only on a declaration of their compliance with an Israeli or European standard. If you’re not familiar with the Cuban-style centralized system in Israel, you won’t appreciate just how revolutionary this move is on the part of the Bennett government and the Minister of Economy and Industry Orna Barbivai (Yesh Atid).

Minister Barbivai, 60, is a retired IDF Major General who ran the army’s Manpower Directorate. She was the first woman to be made Major-general (Aluf), the IDF’s second-highest rank. She grew up in a family of eight children in Afula, the daughter of Tzila, an olah from Iraq, and Eli Shochetman, an oleh from Romania.


There are currently about 500 official product standards in Israel, which apply to thousands of products and require permits before those products are allowed to enter Israel. The approval is given based on tests under the track to which each standard belongs. This means an inspection of every shipment arriving in the country, or a model inspection, or the importers’ statements of compliance for each shipment. The process needlessly adds time and cost to the products’ delivery.

As part of the reform, about 350 standards that the ministry believes do not contribute anything to the safety and health of the public and the environment, will require from now on only the importer’s declaration. 90 of them will only require a test of a certain component, such as testing for the presence of lead in pencils.

The ministry has issued a draft order stating which products will enter the country through a quick track, based on the importer’s statement on compliance with the requirements of the official Israeli standards. In 30 days, public comments that will be received during this time regarding the veracity of the products’ statements will be examined.

Among the products that will no longer linger on a shelf somewhere waiting to be inspected are lamps, ceramic tiles, eyeglasses and sunglasses, ceramic and glass cutlery, bicycles, personal protective equipment, syringes, cigarette lighters, car batteries, and prophylactics.

Among the products that will be exempt from the inspection of each shipment and will be approved based on a model inspection are strollers, beds and cribs, baby dining chairs, toys for children over 3 years old, baby walkers, cleaning powders, water purification systems, bunk beds, detergents, children’s bikes, pressure cookers, electric cookers, refrigerators, washing machines and dryers, dishwashers, and air conditioners.

The Ministry of the Economy and Industry explained that it’s working on “establishing a significant system of deterrence, enforcement, and punishment, in collaboration with the customs authorities and insurance companies, to ensure that products that could endanger the health and safety of the public will not enter the country.”

We’re almost out of Cuba. 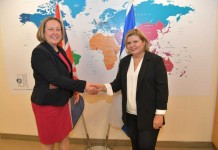 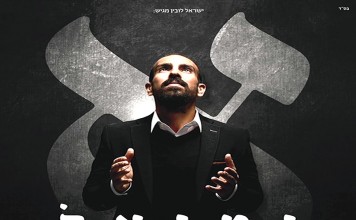