The ailing ayatollah was the head of Iran’s top clerical body, the only entity which has the authority to elect and dismiss the Supreme Leader of the Islamic Republic, whose position is higher than that of the country’s president.


Kani’s death leaves a gap at the top at a time in which the Supreme Leader himself is also in poor health. Supreme Leader Ayatollah Ali Khamenei underwent prostate surgery last month but has remained frail ever since.

It is Khamenei who formulate’s Iran’s nuclear policy and he who makes all final decisions regarding any limits the country might accept on its future nuclear development.

He also wields a great deal of authority in deciding where and how to deploy the nation’s elite Iranian Revolutionary Guards, who are currently fighting alongside Syrian government forces defending President Bashar al-Assad.

Iran also generously patronizes the Lebanon-based Hezbollah terrorist organization, as well as the Palestinian Islamic Jihad and Hamas terrorist groups, both in Gaza and in Judea and Samaria.

There have been only two Supreme Leaders in Iran since the country’s Islamic Revolution took place in 1979. 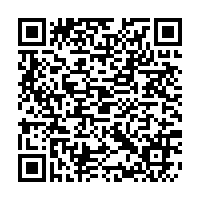