A fighter in the IDF infantry Kfir Brigade told Channel 1 News the brigade’s entire Shimshon battalion is planning to go AWOL should their fellow fighter Elor Azaria, on trial for shooting a terrorist when the latter had already been neutralized, be convicted by a military court.

The military panel is expected to rule in Sgt. Azaria’s manslaughter case in three weeks, and tensions are high in his home battalion, according to Mabat News’ military correspondent Eliran Tal’s Sunday night’s report. Soldiers are threatening to drop their weapons and abandon their posts in case of a conviction.


“If Azaria is convicted, the entire Shimshon battalion intends to get up and leave,” an Azaria peer, apparently, told Tal. “Going Absent?” Tal asked. “Even desertion,” the soldier said. “Is this common talk among the soldiers” Tal inquired. “It’s common talk,” the soldier replied.

The report that followed exposed the disappointment of the battalion’s rank and file soldiers with the behavior of their commanders, who tried to bury Sgt. Azaria in court with their testimonies. The soldiers have been deeply shaken in the eight months since the event by the lack of support from the higher-ups and are expressing uncertainty regarding the boundaries of the rules of engagement.

According to the report, following Azaria’s arrest in relation to shooting the terrorist, 17 of his company peers got together in Moshav Ein Yaakov in upper Galilee, where one of them lives, and decided to go AWOL in response to the way the system was treating their buddy.

“They refused to go back to Hebron,” a moshav resident named Tzahi Eliahu who hosted the soldiers told Mabat. “They wouldn’t even hear about it. They refused to fight, refused to hold a weapon. Some of them, I can tell you, has remained away to this day. They were sent to jail, went AWOL, got medical deferrals, left the battalion.”

A Kfir Brigade soldier, initial A, confirmed, telling Mabat: “I saw one of them working in the PX, working for the quartermaster. I asked them, for this you were enlisted? Aren’t you fighters? They all told me, Sure, I want to go back, but since Elor Azaria I’m not going to.”

One soldier, who was taped with his back to the camera and his voice obscured, told Mabat, “Since the incident I had many sleepless nights. I cried all the time. Luckily, my girlfriend stood by me and supported me emotionally. I collapsed emotionally.”

The report repeats the same story from several different fighters, every one of whom described a desire to just drop his weapon and go home. They mentioned plans for a rebellion, described their anger at their commanders.

A told Mabat the Azaria case has frightened his fellow soldiers. “In check posts, during arrests, many guys are afraid to respond – I, too, have been seeing this. Many times we arrest a man and suddenly he starts resisting, going crazy, and the proper move is to use force against him, but many are avoiding doing it.”

One soldier, Gal Israeli, from Sgt. Azaria’s battalion, told Mabat his buddy was being scapegoated. “Something went wrong there, there were failures, somebody had to pay” he said, “and they dumped it on him with all their might.”

Ran Carmi Buzaglo, an activist on behalf of Azaria, noted the sharp decline in recruitment for combat units. “What people don’t know is just how many are looking to leave their combat units. Soldiers who go on furlough leave their weapons in the armory so as not to get in trouble.”

The IDF spokesperson’s office responded saying that “any claim regarding organized desertion of soldiers is entirely baseless.” 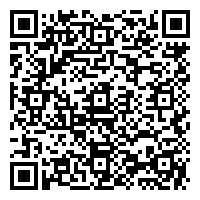