A decision to help sick Israeli children in need led to miracles for Yael and Albert Shaltiel — and a special fund to help even more.

When the Shaltiels could no longer handle their struggle with infertility, they spent a long time talking about whether or not to adopt.


Former Los Angeles resident Yael actually was also born in Iran. She grew up without a father, and says she knows how difficult it can be for a single parent to juggle the dual roles of providing and caring for a family with a sick child.

Albert had his own struggles — he miraculously managed to escape from Iran via Pakistan at age of 17, but not until he first went through an  unsuccessful attempt in which he was caught by the Islamic Iranian military and dragged to Tehran.

Instead, the couple decided the “needs of the many” outweighed the desire for a few – and started to raise money for medical equipment and therapy for sick children in need.

‘What goes around, comes around,’ as the saying goes, and their good deed did not go unnoticed in the heavens above; without any further intervention, a healthy son, Ilai, was born soon after. Nine years later, a second child followed.

In gratitude, the couple, who live in Modi’in, created The Ilai Fund to help single parent families who require medical assistance for their children. Both Yael and Albert still have family members living in the United States, and in Iran. They know what it’s like to need support.

They also have close Iranian friends who have become major supporters of the Ilai Fund. Ben Nehmadi himself escaped from Iran just days before the Islamic Revolution in 1979. Together with his wife Bita, Nehmadi has supported the Shaltiels in their efforts since 2005.

Founder of the New York-based Republic Investment Company, Nehmadi was struck by the similarity of his own story to that of his friend Shaltiel. He and his wife check in on the project’s activities when the family arrives in Israel for annual visits.

The Fund provides  children with items such as wheelchairs, Hart walker, bath lifts, orthopedic shoes, splints and braces, special nutrition, diapers, eyeglasses, specialized computers, finances for transportation to and from hospitals and vitamins or medication that are not included in their healthcare program.

Also provided are services such as physiotherapy and hydrotherapy visits, as well as psychotherapy. In addition, the fund provides one-on-one care givers and teachers, and organizes field trip days for the children, among other activities, according to the organization’s website.

“I reconnected with Albert eight years ago and heard about his work with sick children in Israel,” Nehmadi said. “Albert and Yael are people who are doing God’s work, but quietly and humbly.” 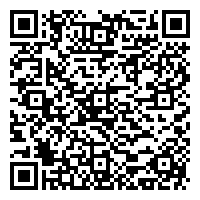